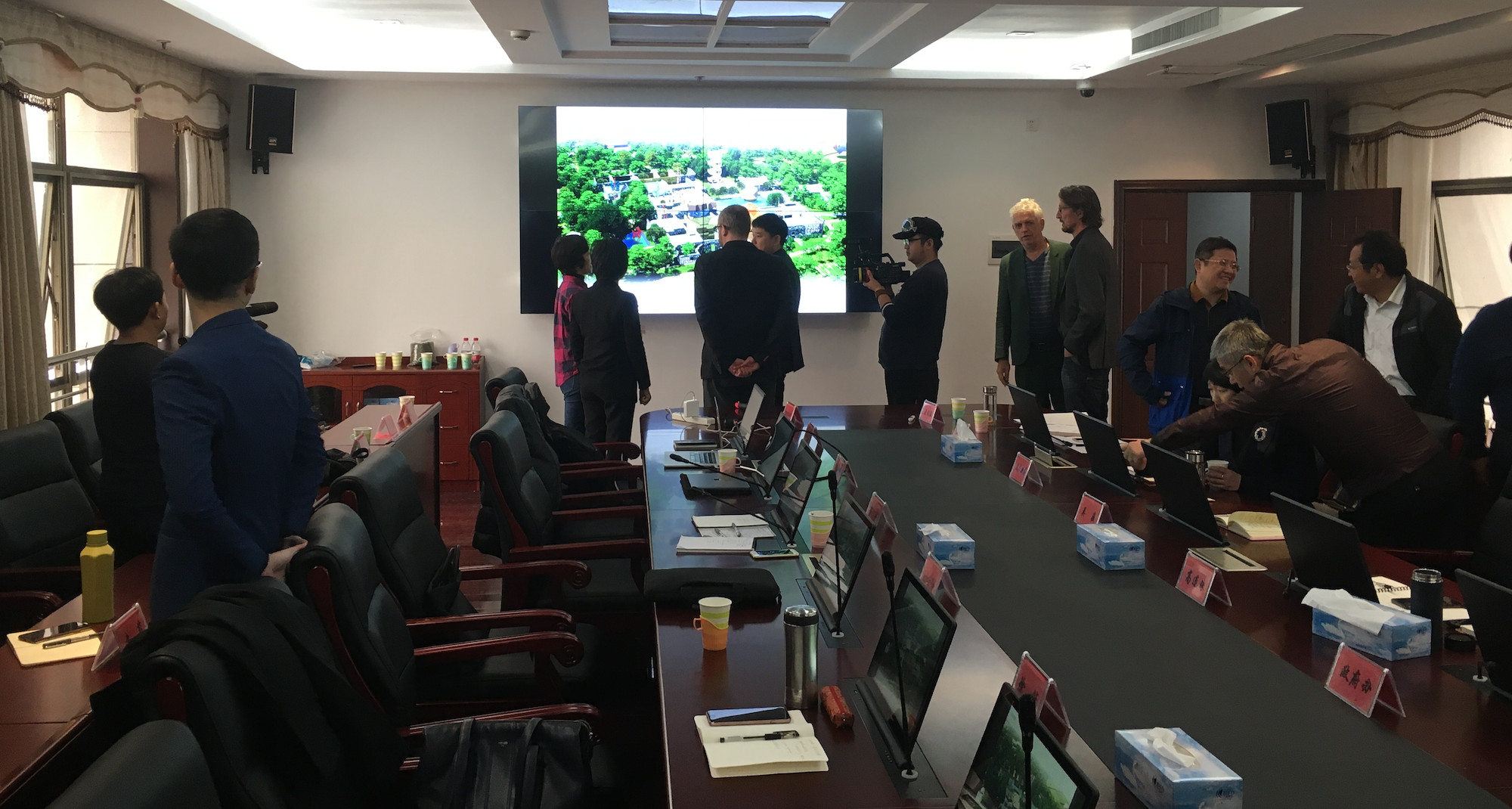 On June 11, the Development and Reform Commission of Jinxi County, Fuzhou City, Jiangxi Province announced the “Approval of the Proposal for the Phase I Construction Project of Dafang Village”: “The construction of Phase I of Dafang Village is agreed in principle.”

“I hope to start construction tomorrow.” As one of the project partners, Herbert-Jan Hiep, a Dutch cultural heritage expert and director of the Dutch Cultural Heritage and Market Research Institute, can’t wait for this project. As a member of the International Council of Monuments and Sites (ICOM), He Jiangbai (Herbert-Jan Hiep) has extensive experience in creating traditional cultural and creative development projects.

The encounter and fusion of Holland and Jinxi

The project will draw on the Dutch cultural heritage protection and utilization experience, with the goal of revitalizing traditional Chinese farming culture, introducing Dutch creative culture and creating a “Dutch Creative Village”.

There are 102 ancient villages in Jinxi County, ranking first in Jiangxi Province in number. Dafang Village, which has a history of more than 900 years, is one of them. There are many well-preserved ancient buildings in the Ming and Qing dynasties in the village. Despite the large number of ancient villages, He Jiangbai finally chose the project site in Dafang Village.

“This was determined by a comprehensive consideration of the location, scale, protection level and construction space.” He Jiangbai said.

From May 26th to 29th, 2018, the working team of China Culture Media Group and the Dutch Institute of Cultural Heritage and Markets went to Jinxi County to inspect and held an expert symposium.

“We hope to provide assistance in the concept and experience of protecting cultural relics and ancient buildings, and work with Chinese architects, designers, and workers to create a new vision for these old houses.”

In fact, before that, He Jiangbai and the project team have visited Jinxi many times: From July 10 to 12, 2018, He Jiangbai and Xu Lian, the deputy editors of China Cultural News, went to Jinxi County to carry out the “Dutch Creative Village Research topic project inspection”

In September 2018, He Jiangbai and his team visited Jinxi County again and explained in detail the overall planning framework, architectural planning, planning for the water system and the river and the creative planning of Holland Creative Village.

“We will work hard to make Dafang Village what we want- a place where ancient buildings and new buildings are combined.” When talking about the development goals of the Dutch Creative Village project, He Jiangbai said: “We want it to become a Western culture and a Chinese culture. A place where cultures meet. Not only meet, but through blending, new things are produced.”

Create uniqueness and spread by word of mouth

In fact, He Jiangbai has not been associated with China and Chinese culture for a long time. In 2014, He Jiangbai came to China for the first time. Since then, he has fallen in love with China and has developed a keen interest in China’s vast cultural heritage.

On September 23, 2018, The vice-chairman of the Jiangxi Provincial Committee of the Chinese People’s Political Consultative Conference and Secretary of the Fuzhou Municipal Committee, accompanied He Jiangbai and other experts to inspect the ancient village of Jinxi and expressed the hope that the experts would make full use of advanced international concepts and build Dafang Village into a fusion of Eastern and Western concepts.

The demonstration project will complement each other in the future new scenic hotspot “Sanweng Opera Garden” and together become a good story to illustrate the cultural exchanges between China and foreign countries.

How can Dafang Village attract international tourists from the Netherlands and other countries to enhance cultural and tourism exchanges between China and foreign countries? In this regard, He Jiangbai said, “The most important method is to create uniqueness and spread by word of mouth.”

In He Jiangbai’s view, the average foreign tourists who come to China want to see the Great Wall, Tiananmen Square and the Forbidden City, but there are also some tourists who want to experience new things. For the Dutch Creative Village, first focus on this part of tourists, through their personal experience, to achieve word-of-mouth communication, and then gradually attract more foreign tourists to Dafang Village, and play the role of the project in promoting cultural tourism exchanges between China and foreign countries.

It is understood that China and the Netherlands have signed a cultural memorandum of understanding involving cooperation in the fields of film, creative industries, and museums. “We hope that China and the Netherlands can understand and cooperate with each other, and then create new things.” When talking about Sino-Dutch cultural exchanges, He Jiangbai, who has participated in Sino-Dutch cultural tourism exchanges many times, said.

People and creativity are inseparable from rural revitalization

In 2018, Zhang Hongxing, deputy secretary of the Fuzhou Municipal Party Committee and Mayor, met with Dutch cultural heritage experts such as He Jiangbai and said that Dafang Village has a complete layout of ancient Chinese villages, a clear ancient village texture, and rich ancient buildings. He hopes to bring the Dutch creative village To become a model of rural revitalization and green development.

“The most important thing is people. People must be brought together.” He Jiangbai said that the revitalization of the countryside cannot be done without people, and an atmosphere must be created to allow people to live freely in the countryside.

He Jiangbai fully affirmed China’s ongoing construction of characteristic towns. At the same time, he also put forward suggestions for the homogeneity in the construction, “Innovate, don’t copy, don’t be afraid to try and create your own. New consumers have their own unique needs. In order to better construct projects, he brings more innovative thinking to Dafang Village, hoping to make Dafang Creative Village a distinctive creative park.

In recent years, the construction and development of China’s cultural and creative industry parks has been in full swing. Although many achievements have been made, there are still some problems. “Creativity gathers here. This is a very important thing.”

He Jiangbai introduced some experiences in the Netherlands: After the hardware facilities are built, they will be rented to creative people at low prices, and painters, artists and theatres gradually gather. Then the whole park slowly grows up…

“We will bring creative people and unlimited creativity. We hope that in Dafang Village and Jinxi County, the younger generation can be inspired, and we can do things in different ways.” He Jiangbo said that the Dutch Creative Village project will use creativity to create a park. brand.

“Let it be a very interesting place for tourists and for the people who live here.” He Jiangbai described the future of the Dafang Dutch Creative Village brand. (Lin Ruihua, Tang Zhicheng, Tan Mian)